Navigation services need time dependent information on traffic speed to generate suitable routes and yield accurate travel time estimations. However, this information is not available free of cost globally. Within the recently completed project SocialMedia2Traffic, we have developed a system to model traffic speed of urban roads depending on the time of day based on open data from Twitter, OpenStreetMap and Uber. The modelled traffic speed was subsequently integrated into the openrouteservice to make the calculation of travel times more accurate and to improve route planning (Fig. 1). Everyone interested in the results of the project is invited to join our public online event on March 22, 2022 at 10:00 – 11:00 CET (See details below).

The traffic speed model takes into account the highway=* and maxspeed=* tags from OSM as well as the hour of the day. In addition, the model draws conclusions about the traffic flow based on the number of tweets nearby roads as a proxy for human activity, which in turn indicates increased traffic volume. Following this principle, it is possible to integrate data from other social media platforms into the model as well. In addition, several thousand car trips were simulated within each city based on the population distribution and points-of-interest from OpenStreetMap data to identify roads with high traffic volume. The traffic speed prediction on the road level was done for 11 cities including Berlin, London and New York. In addition, a second model was trained which predicts traffic congestion probability globally on a 100m grid level and is visualized in this WebMap. For both models, Uber Movement data was used for model training and validation.

To facilitate automatized integration into openrouteservice and other OSM based routing engines, an API was developed to make the data available for automated download. After extending the functionalities of openrouteservice to take hourly traffic speed into account during route planning, the generated routes were compared to Google Routing API to evaluate whether the arrival time estimation has improved. For Berlin, these comparisons showed that the mean deviation in arrival times between openrouteservice and Google Routing API declined from -7.8% without traffic info to -4.5% with traffic info (Fig. 2).

At the moment, the system is being further improved and should be extended to additional cities in the future. In additon, this kind of traffic information could also be used to improve the quiet routing in openrouteservice to generate more pleasant walking or cycling routes by avoiding busy roads. Extending the work in the HCE-CAS project and the upcoming GeCO project, the traffic information could also be used to create high resolution maps of traffic-related CO2 emissions.

The “SocialMedia2Traffic” project was funded for one year with around 100,000 euros as part of the mFUND program of the German Federal Ministry of Digital and Transport. It was conducted as a cooperation between the GIScience Reserach Group at Heidelberg University and HeiGIT.

The event will be mainly in German.

10:15 – 10:30:  Modellling traffic speed based on Twitter and OpenStreetMap data 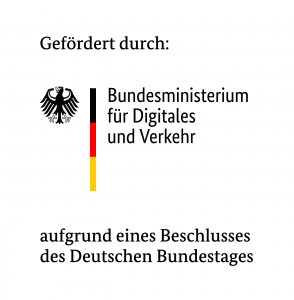